MARKETS: Canada grapples with the downsides of foreign investment

In both real estate and the critical minerals supply chain, Canada is waking up to the downsides of foreign investment – if at glacial pace, and with minimal progress thus far. On April 7, the Canadian government announced a two-year ban on foreign home buying, an effort to cool a market that has skyrocketed, to the tune of an increase by 51 percent, over the past two years. The move responds to a long-term flow of foreign capital into the safe haven of Canadian real estate, especially in Vancouver and Toronto – and the price increases that result. But concerns abound as to whether the move will work: Foreign real estate purchases in Canada tend to be indirect, using residents or citizens as conduits. Unless the Canadian government tracks the source of funds for deals, it’s unlikely to get any traction with this new measure.

This foreign investment conundrum – or, less charitably, blind spot – has an unexpected parallel in the Canadian critical minerals sector. In February, Canada approved the sale of Toronto-listed Neo Lithium to the Chinese state-owned Zijin Mining. Now, some parliamentarians are questioning why the government did not require a national security review of the acquisition, despite new guidelines issued last year requiring “enhanced scrutiny” of foreign investments by state-owned investors under the Investment Canada Act. Responses from the Canadian innovation minister and deputy industry minister were underwhelming: they said Zijin’s purchase posed “no national security harm” in part because Neo’s assets are in Argentina – despite the fact that it remains a Canadian company operating in a sector of strategic importance for the country. Canada’s parliament is not having it: In a parliamentary committee report, lawmakers recommended that Canada require a national security probe for all investments in Canadian assets by state-owned firms from authoritarian regimes. This would seem to make sense: Selling valuable mineral assets to a strategic competitor while working to secure and reshore critical minerals supply chains seems rather counterproductive.

MARKETS: The GM-Honda affordable EV partnership goes all in on scale, but continues to ignore upstream weaknesses

American auto giant General Motors and Japan’s Honda announced an expansion of their partnership to produce millions of affordable EVs under both brands. GM CEO Mary Barra said the two companies will “share our best technology, design and manufacturing strategies” to deliver EVs “on a global scale” (though the cars aren’t expected to hit the market until 2027). The strategic tie-up can leverage both firms’ strengths while reducing costs through greater scale of parts purchases and factory output. This move underscores the increasing emphasis on scale in the auto sector. It also underscores the continuing failure to shore up supply chain dependencies: However much GM and Honda can drive down costs to make their EVs affordable enough for mass adoption, they will continue to depend on battery materials including lithium—for which there will likely be a supply deficit worldwide into 2030. 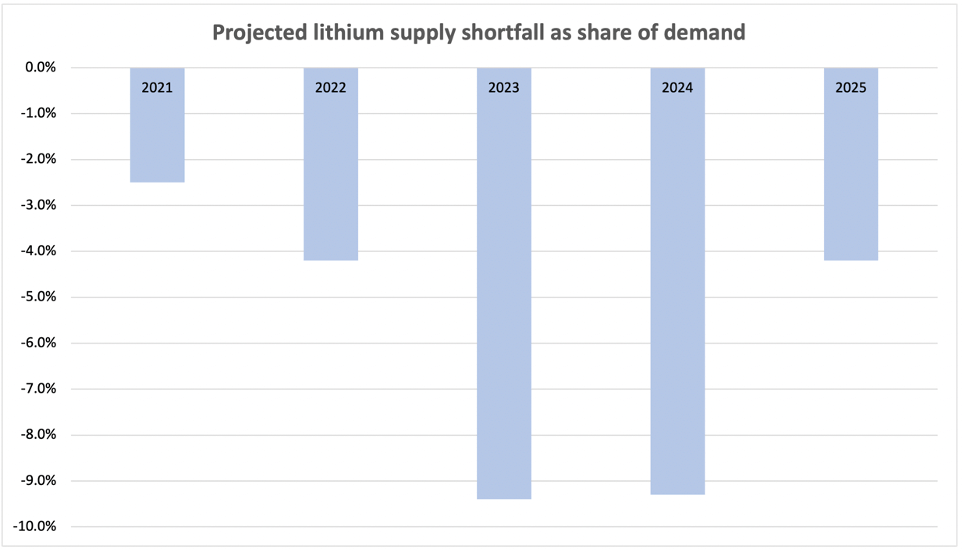 MARKETS: Koch Industries is betting on solid-state battery tech – but, you guessed it, continuing to ignore upstream weaknesses

An investment arm of the energy and commodities conglomerate Koch Industries is investing $30 million in Blue Current, a California-based start-up working on solid-state silicon batteries, the New York Times reported this week. Solid-state batteries promise high energy density, long life, fast charging times, and safety from explosions and fires – attractive attributes that are creating a fierce race among companies to develop and, ultimately, mass produce them. The main national front runners in that race are Japan, China, and the US. Japan leads in technological development, China the potential for industrial capacity: At present, China constitutes 79% of global lithium-ion battery manufacturing capacity, though it may be five years behind Japan in terms of technological development.

For the US, currently a distant second in global lithium-ion battery production, solid-state batteries could provide a much-needed opportunity to catch up. And Koch Industries’ high-profile investment in Blue Current could help to draw more capital into the solid-state sector. The big issue: This downstream investment in a high-tech player does nothing about a) battery production or b) the critical resources on which those depend. And China is not letting up on the gas on either front.

The Japanese conglomerate’s biggest shareholder, Singapore-based Effissimo Capital Management, has said it would sell its 9.9% stake to Bain Capital if the US private equity firm tendered an offer, which could pave the way for a take-private deal. The 146-year-old industrial giant this week set up a special committee to vet potential bids, sending the company’s shares up 1.9% for the day. A privatisation could resolve a deadlock amongst activist shareholders, some of whom want to see a two- or three-way split of the conglomerate and reinvent it for the 21st century. Bain, of course, is the recent buyer of Hitachi Metals, which spun off from the Hitachi industrial conglomerate. Major private equity firms have their eyes set on Japan Inc., which may help revitalise Japan’s sprawling conglomerates.

2022-05-05T19:49:00-04:00#automotive #Canada #critical minerals |
FacebookTwitterEmailPrint this page
Force Distance Times Dispatch
Subscribe to the Force Distance Times weekly newsletter to keep up to date on our latest commentary
We respect your privacy